Pixelpancho (b. 1984) is an Italian artist born in Torino.

PixelPancho was introduced to the world of colour by his grandfather who painted occasionally. Artistically formed between the Accademia Albertina di Belle Arti in Italy, and the Universidad Politècnica de Valencia, finds its roots in the graffiti scene since the late '90s.

Influenced by this world, he began using spray cans and markers and working on outdoor surfaces. Pixelpancho starts to experiments different mediums such as tiles, wall painting and sticker/poster art. Pretty soon his works were taking over many european cities, adorning wall ofter wall. Traveling trough Paris, Amsterdam, Warsaw, Vienna, Mexico City, New York and many other cities for graffiti jams and gallery exhibitions has allowed his style to evolve from a simple Robot character to the more complex compositions in his work today.

The poetic of his tract narrates the smallness of humanity compared to the majesty of the Nature. Humanized robots getting rusted by the time and by their sins, devoured by plants which free their good feelings, reconnecting them with a more suistanaible, sometimes utopic, environment. The smell of dust, that sense of old and lost, here is where you can find PixelPancho's sense, in a connection between past and future hidden by a mechanical blanket. 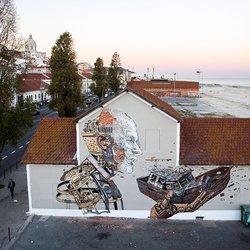 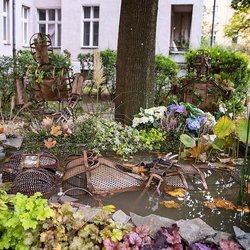 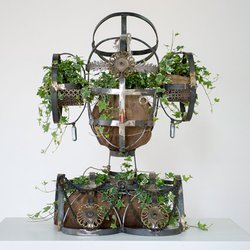 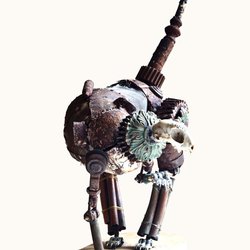 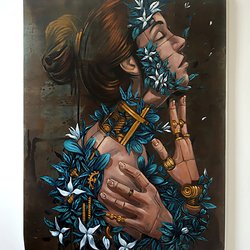 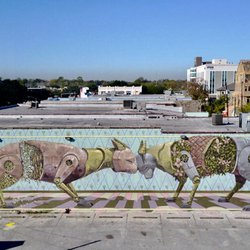 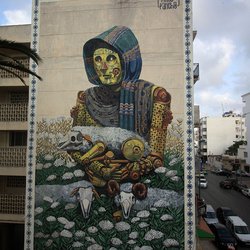 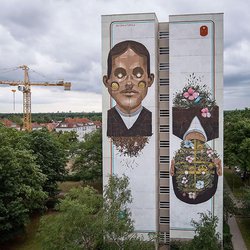 ONE WALL by Pixelpancho / Berlin, Germany

ONE WALL by Pixelpancho / Berlin, Germany