The artist experiments with different techniques including acrylics, watercolors, ink and collage. Through a minimalist style, characterized by the monochrome use of black, David de la Mano is able to create extremely poetic works of art, a symbolic reflection on humanity. The artist's only anthropomorphic figures come together and unite in an eternal and recurrent movement; Individuals become mass and vice versa, and are driven by their dreams, ambitions, fears, vices, hopes, internal conflicts. 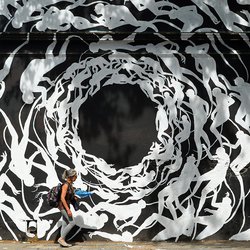 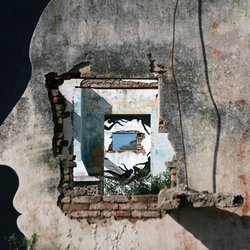 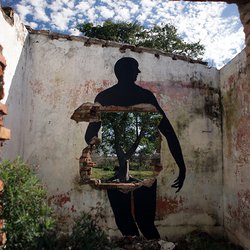 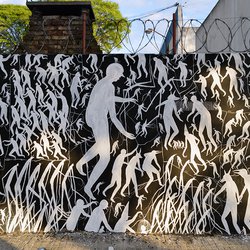 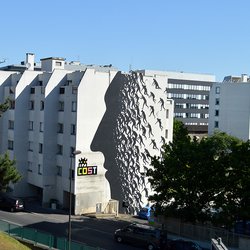 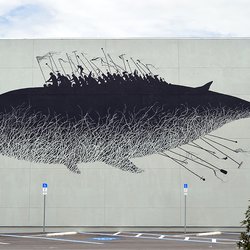 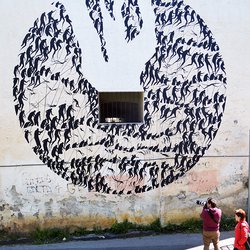 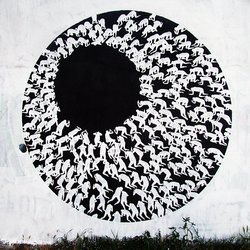 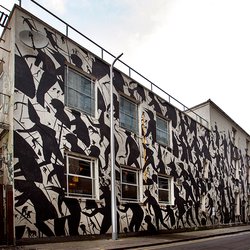 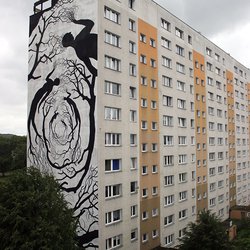